Mercedes’ Nico Rosberg secured a win from pole position this afternoon in Belgium, with Red Bull’s Daniel Ricciardo splitting him and Lewis Hamilton.

After managing to secure pole position yesterday during Qualifying, Rosberg managed to remain out of the first lap scraps and stayed as the leader of the race throughout.

This was an important victory for Rosberg in his battle for the Drivers Championship this year, after having his initial gap closed by Hamilton.

Even though he was unable to catch his teammate, Lewis Hamilton still had a strong afternoon, after penalties left him in the last row of the grid alongside McLaren’s Fernando Alonso, he managed to finish the race in third place, setting a new record for the Spa-Francorchamps circuit. 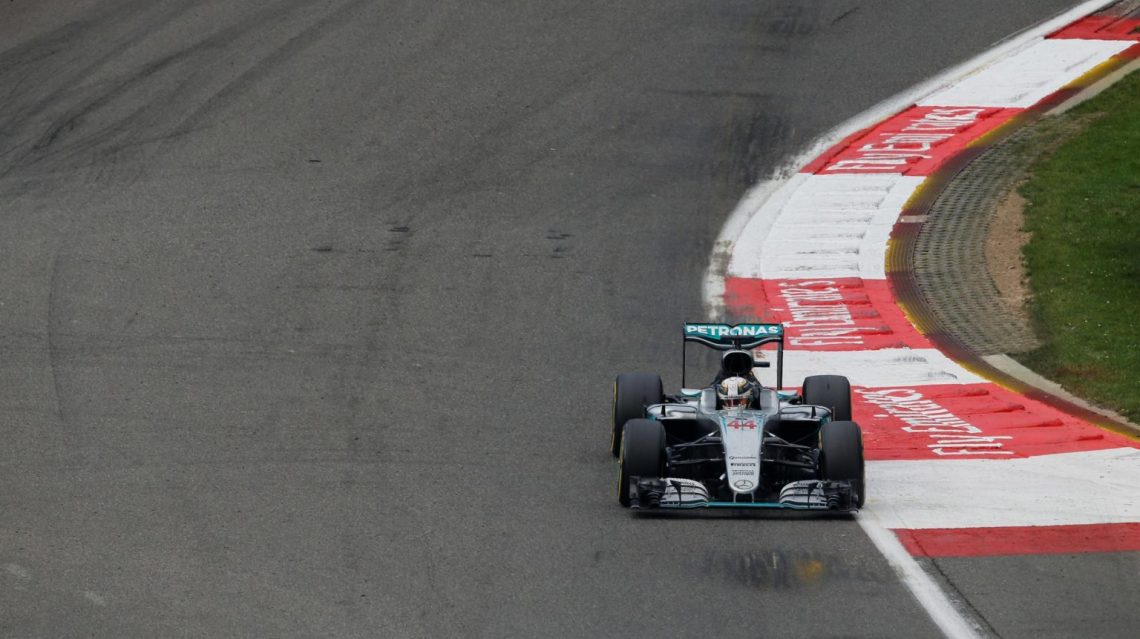 Fernando Alonso also had a good afternoon, and drove a strong race, holding off the likes of both Williams’ and Ferrari’s Kimi Raikkonen. He finished 7th.

“All the bad luck we had in the weekend concentrated in good luck in the race, with the incidents we avoided,” the Spaniard commented.

“We found ourselves in a good position in fourth, but we could not hold Sebastian, Hamilton and [Sergio] Perez – they were too fast.

“But I think seventh was very good for the team. Top 10 in qualifying with Jenson [Button], top 10 today – on a circuit like this, that was unthinkable a couple of months ago.

“It’s good news. Last year and even a few months ago we wouldn’t have been able to fight with Williams at Spa. We are moving in the right direction, that’s for sure.”

As anticipated, Red Bull’s Max Verstappen stamped his foot down and pulled some bold moves; the recipient of which especially was Kimi Raikkonen.

A three-car collision at the start involving Verstappen, Raikkonen and teammate Sebastian Vettel saw the early advantage that all three gained ruined.

Going into the first corner, Raikkonen found himself in the middle of a Verstappen-Vettel sandwich, which ended badly for all; finding themselves at the back of the pack.

“I’m all up for fair battles and close racing, but when I have to brake on the straight so as not to hit him, because he moves after me, that’s not correct,” the 2007 World Champion spoke.

“That’s close to a big accident. The first corner is hard to say, I got stuck between two cars. I haven’t seen the replay. But [in the second incident] if I have to brake from full speed… I haven’t had that from any other driver.

“If I didn’t brake I would have hit him full speed, so obviously something is not correct.”

However, Verstappen defended his driving in post race comments.

“I was defending my position – if someone doesn’t like it that’s their problem.

“It’s ridiculous. It’s good TV if someone is moaning, but especially after T1 when they [Raikkonen and Vettel] do something like that, I’m not going to give up my position easily.”

The battle for 4th place in the Constructors Championship between Williams and Force India continued, as Force India managed to grab it from Williams, with drivers Sergio Perez and Nico Hulkenberg finishing 4th and 5th.

Force India now sits with 103 points, whereas Williams is still close behind in 5th, with a total of 101 points, after drivers Valtteri Bottas and Felipe Massa finished in 8th and 10th place.

One of the most notable events from this memorable race has to be Renault’s Kevin Magnussen’s heavy collision with the tyre wall at the top of Eau Rouge on Lap 6.

The Dane, who was running in 8th place, lost control of the rear end of his car as he reached the top of the hill, spinning out backwards towards the barrier before a head-on collision with the tyre wall.

Fortunately, Magnussen walked away from the accident, although has taken a trip to the hospital with an injury to his left ankle for further routine checks.

Magnussen wasn’t the only one to not complete the race. Saucer’s Marcus Ericsson, Toro Rosso’s Carlos Sainz, McLaren’s Jenson Button and Manor’s Pascal Wehrlein were also all unable to cross the finish line.

In the first lap frenzy, Wehrlein ran his car into the back of Button’s McLaren, forcing them both out of the race.

Most notable was Carlos Sainz’s incident, where his right rear tyre exploded, catching on his rear wing, and pulling it down to the right. Sainz was forced to stop at the side of the track, as it was too unsafe for him to continue to the pits. 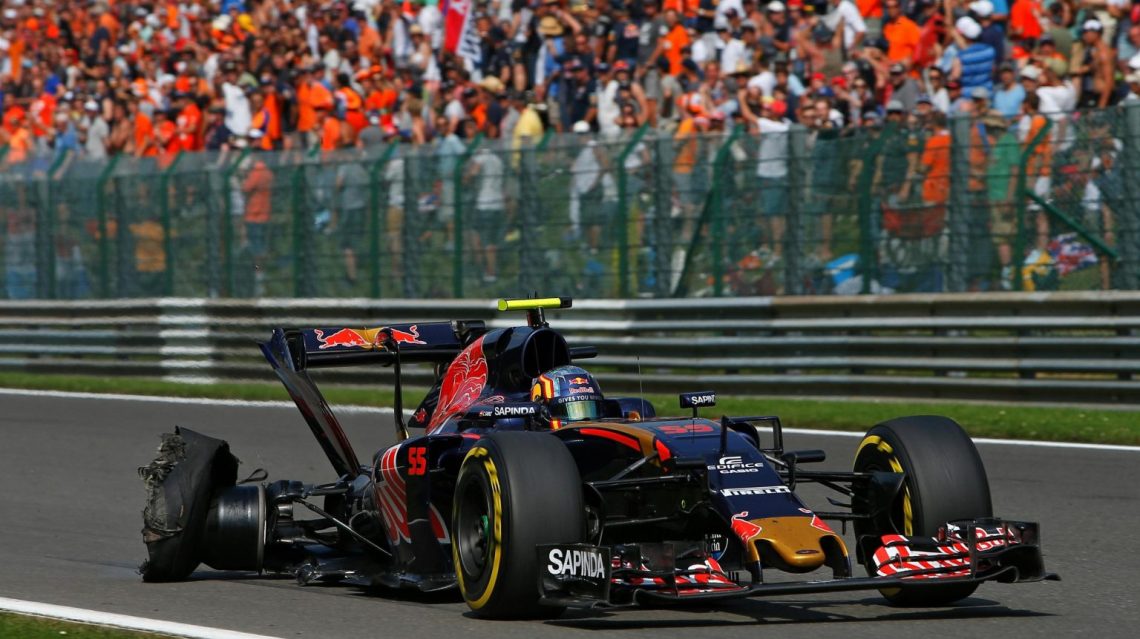 Former F1 driver Mark Webber continued Australian tradition of drinking champagne out of a shoe, known as a ‘shoey’, as he drank out of Red Bull’s Daniel Ricciardo’s racing boot on the podium.

Webber was doing the podium interview, and whilst he was asking Rosberg a question, Ricciardo proceeded to remove his boot and fill it with champagne. Webber then turned to congratulate Ricciardo on his podium finish, and was unexpectedly handed a racing boot filled with champagne, which he then drank.

This is not the first time we have seen this Australian tradition, which is seemingly baffling to the rest of world, on the podium. At the last race in Hockenheim, Germany, we witnessed, what was, for the first time for the majority of viewers, Ricciardo drinking champagne from his racing boot.

If not for anyone else, then this is for me, a chance for me to gain skills and achieve my lifetime goal - to present the sport of Formula 1. View all posts by Georgina Yeomans

What I’ve been writing

What you’ve been saying

Join 1,966 other followers
Follow Life with F1 on WordPress.com